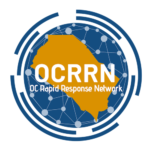 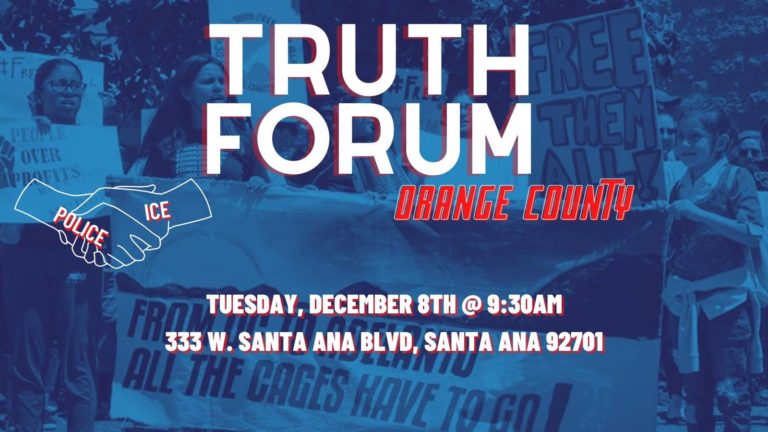 Santa Ana, Orange County –– For the past two years immigrant rights activists have shown up to the OC Truth Act Forum to seek accountability and transparency from OC Sheriff Don Barnes and for the past two years Don Barnes has evaded accountability and transparency. We call on the OC Board of Supervisors to pass a moratorium on all transfers to ICE amid the pandemic.

This year has been vastly different than others because the COVID-19 pandemic has challenged and changed every facet of life in Orange County and across the country. As we speak, COVID-19 cases are skyrocketing, and the CA Governor has issued a new stay-at-home order to limit the spread of the virus.

National reporting has shown that Immigration Detention Centers have been new hotspots for the virus this year. Beginning in May 2020, the first COVID-19 related death was reported in an immigration detention center in Southern CA. These few cases in early summer have turned to outbreaks in the fall. To date, ICE has documented 247 COVID-19 cases inside the Adelanto Detention Center in San Bernardino. Orange County residents are currently detained there. On Sept. 29, U.S. District Court Judge Terry J. Hatter called out ICE for their “straight up dishonesty” when talking about their handling of the outbreak at the Adelanto Detention Center. ICE has failed miserably and has allowed the virus to spread to community members currently detained.

Responsible Sheriff’s Departments across the State of CA have chosen to cede transfers to ICE during this deadly pandemic. The Orange County Sheriff’s Department’s response under the watch of Don Barnes has been careless. In previous statements, he has said he will work to the “greatest extent of the law” to effectuate arrests for ICE. All ICE collaboration is voluntary and not mandated under federal law. Don Barnes was actively working with ICE to deport community members and this did stop even with the pandemic in the backdrop and the rise of COVID-19 cases. 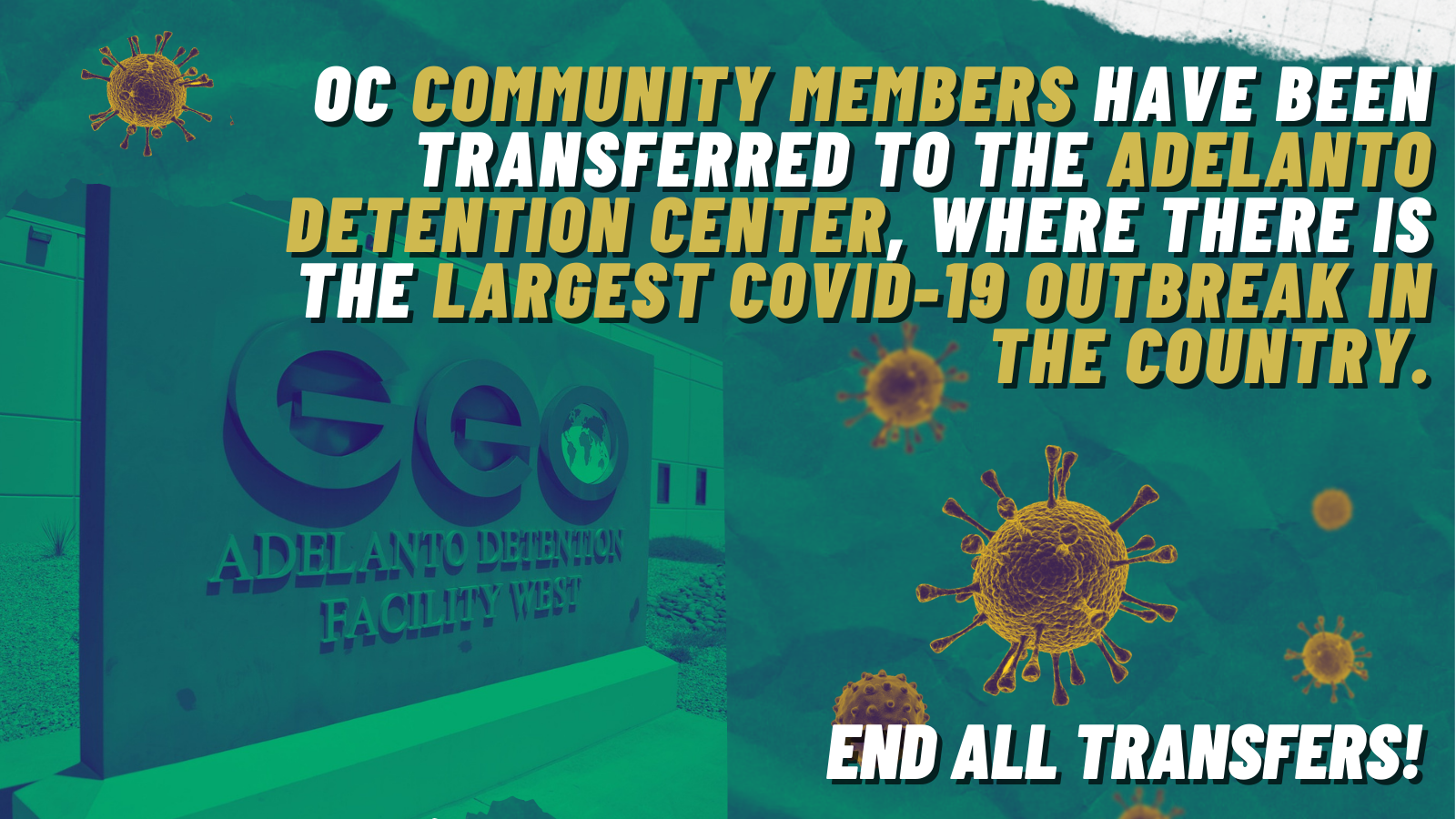 Data reported this year shows that in 2019 the Orange County Sheriff’s Department transferred the highest amount of community members over to ICE, more than any other law enforcement agency in the state of California. When Don Barnes has been given the choice between releasing OC immigrants to their families or transferring them over to ICE after completing their sentence and debt to society, Don Barnes has continuously sided with ICE and Trump to deport as many people as possible. This has continued till today. Don Barnes carries no remorse for anyone who has been rehabilitated. 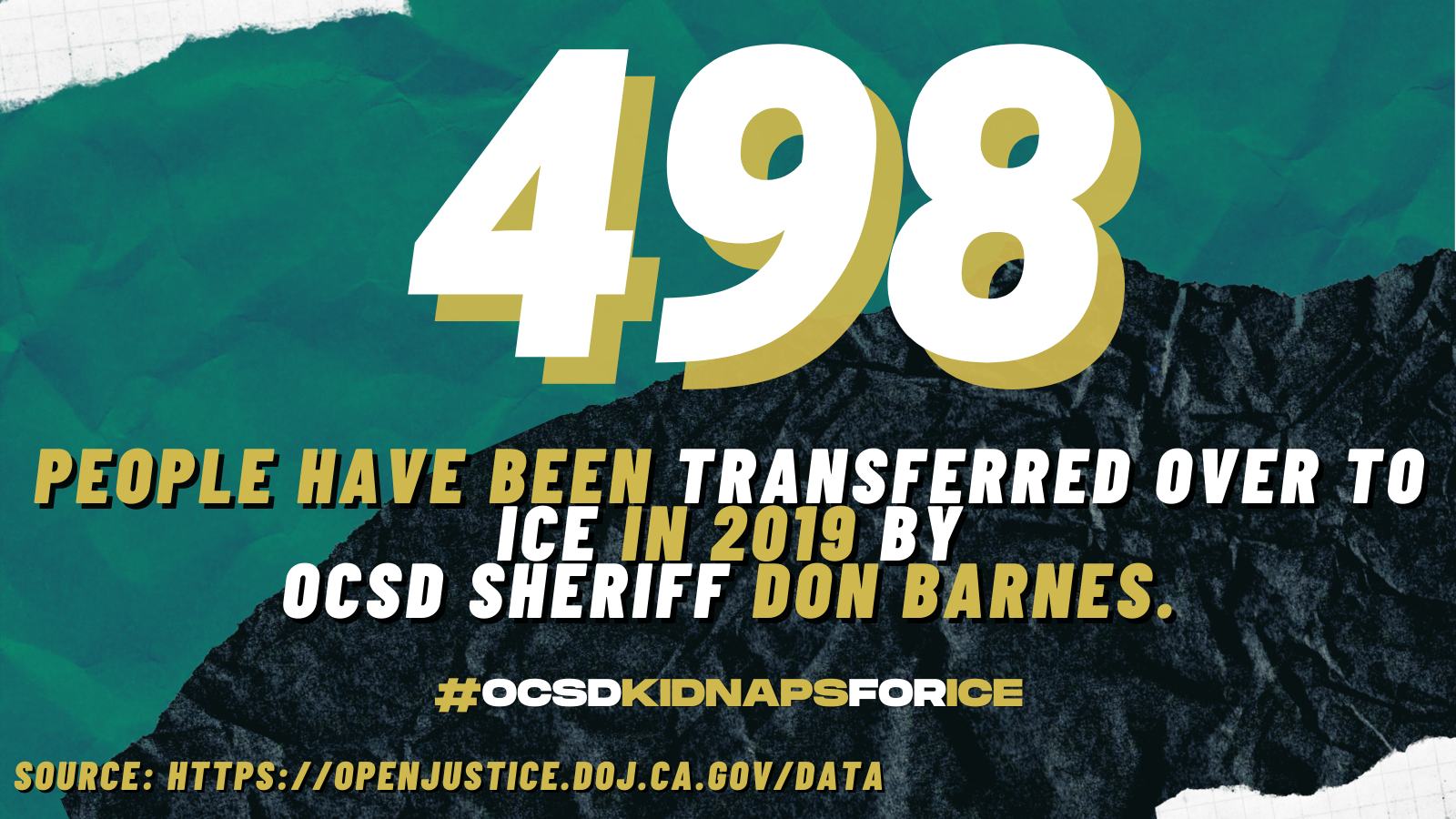 Just this year Don Barnes and the OC Sheriff’s Department were sued by the UCI School of Law for unlawfully holding an Orange County resident for ICE. When Don Barnes says he does not work for ICE, that is a lie. The Orange County Board of Supervisors have a responsibility to hold Don Barnes accountable when his department violates the law by working with ICE in this specific manner.

As things are now, Don Barnes has gone unchecked. Both for facilitating the most transfers for deportation among all counties in CA and for carelessly transferring people over to a detention amidst a COVID-19 outbreak. The Board must do more to hold Don Barnes and the Orange County Sheriff’s Department accountable and transparent.

We call on the Board to pass a moratorium on transferring anyone over to ICE to limit the spread of COVID-19 in the Southern CA region. The Board must act now to save lives. Orange County immigrant families deserve so much more. #DonBarnesDeports #EndAllTransfers 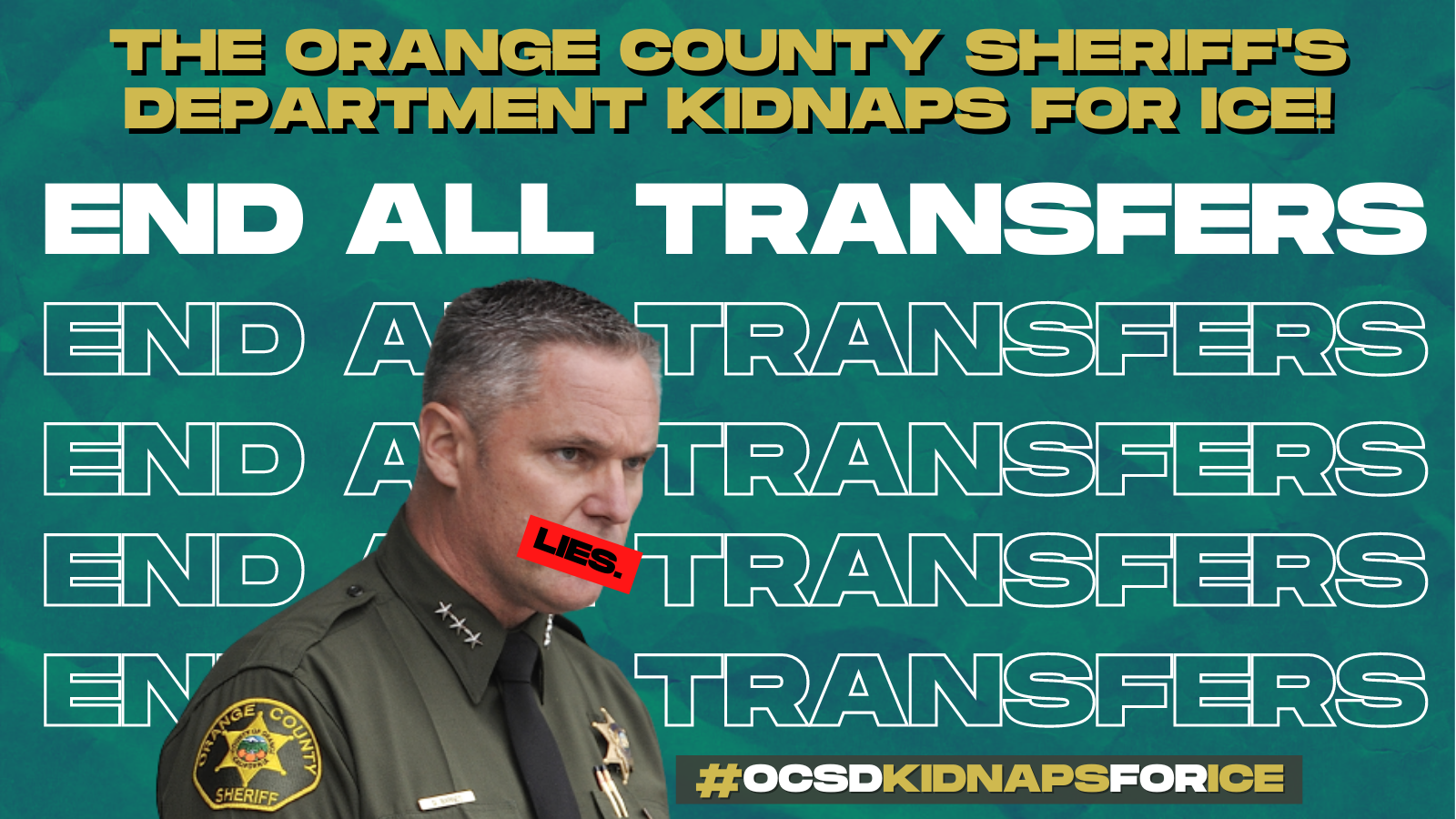 Written comments may be submitted via email to response@ocgov.com.
The OC Board of Supervisors will stream the meeting here at 9:30am: https://board.ocgov.com/board-meeting-media-archive
The Orange County Rapid Response Network, a unique coalition of service providers, community organizations, law school clinic, attorneys, and community volunteers who are committed to respond collaboratively and in a community-driven way to increased immigration enforcement affecting Orange County. The Network brings together diverse members from civil rights, immigrants’ rights, labor, faith-based, and community organizations across Orange County and includes the following groups: Resilience Orange County, UC Irvine Immigrant Rights Clinic, LGBT Center of Orange County, ACLU of Southern California, Public Law Center, Clergy & Laity United for Economic Justice Orange County, the Orange County Justice Fund, and the Haitian Bridge Alliance.
Roberto Herrera is a member of the Orange County Rapid Response Network and Director of Community Engagement with Resilience Orange County. You can reach them at roberto@resilienceoc.org.
Scroll Up